From the press release as published on the Website of Leiden University.

A new online platform makes it possible to estimate the state of agricultural crops and nature area’s around the world. This enables scientists and other users to consistently combine observations of different satellites for the first time.

The platform is called MULTIPLY and was launched in November by the Institute for Environmental Sciences (CML) of Leiden University. For 8 years, researchers from CML worked together with European partners to develop the platform.

The platform is unique because it combines the information of multiple satellites with varying resolutions and information, instead of using only one individual satellite. This enables MULTIPLY to generate breakthrough information on vegetation and soil moisture.

This data is crucial for different applications such as mapping evapotranspiration during droughts, monitoring declining trends of biodiversity, and quantifying ecosystem services.

Researchers of the CML have used the platform to quantify the impact of oil-palm plantations in Northern Borneo on biodiversity for the first time using earth observation data. The high resolution of the platform data enabled them to distinguish between the different land uses. The study confirmed a significantly lower biodiversity for the Northern Borneo oil palm plantations, indicating higher risks to ecosystem services.

Currently, the MULTIPLY platform has only been made available to scientists for the purpose of testing it on their own research. During this trial-period, these scientists can explore the benefits of the novel approach, but also provide feedback on how well the earth observation information matches ground measurements. Next to these studies, MULTIPLY will further expanded to even more satellites. Afterwards, the platform will be delivered to the European committee which will allow this service to be available to the general public. 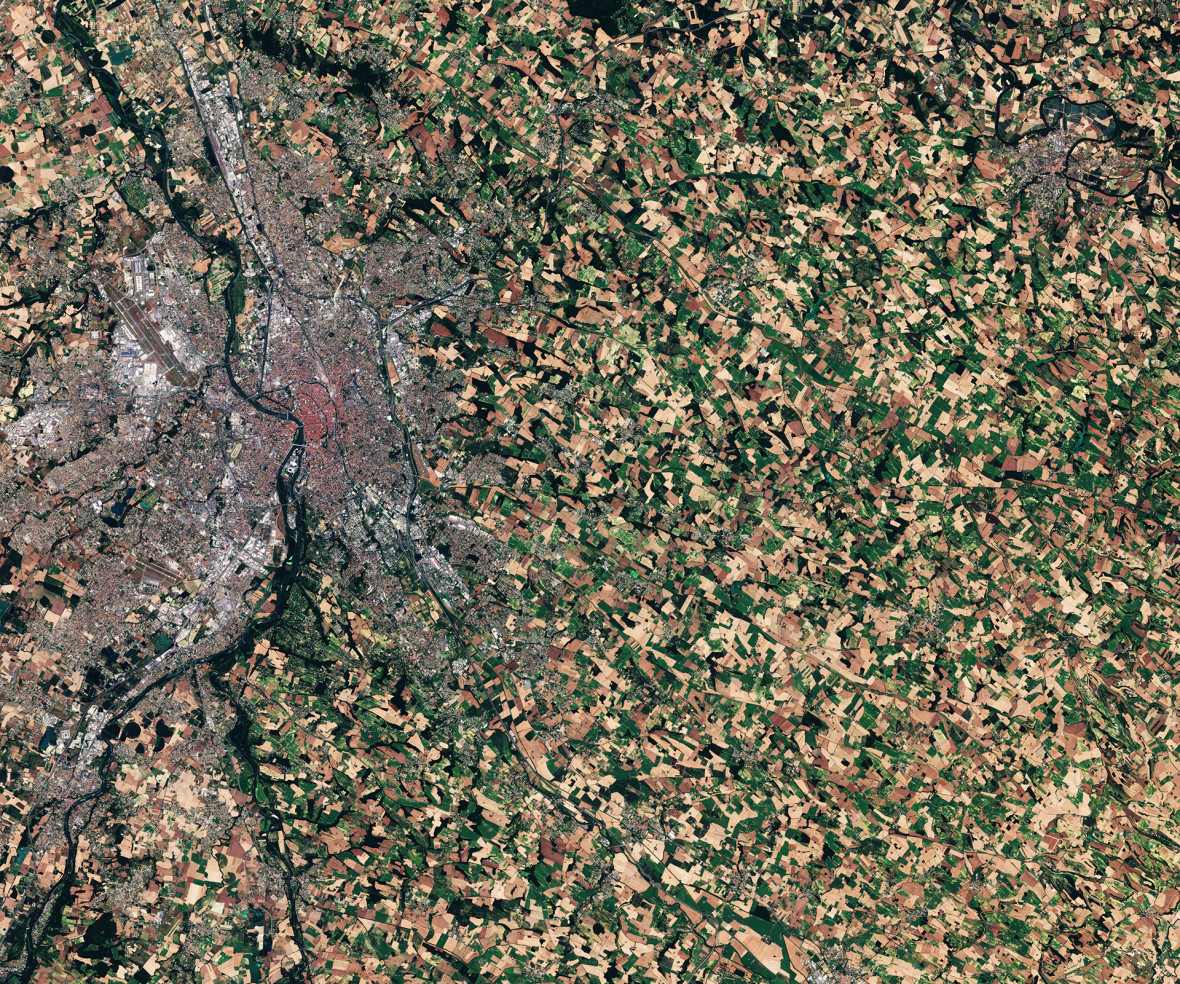 City of Toulouse in Southern France with surrounding agricultural fields. Captured on 10 July 2017 by Sentinel-2 and processed by ESA.